How I Finally, Blissfully Realized I Was An Asexual Lesbian In My 60s, By Dori Hartley

If there is one regret that I have as a later-in-life lesbian, it’s that I didn’t pursue my love of women when I had an actual physical sex drive.

I have lived my life as a heterosexual woman, and the funny thing was — I never really liked or related to the title. It was just what I did, because I believed that’s what my life was all about: doing what the world expected of me, meaning, being straight, having sex with dudes, getting married and having a kid.

It was as if I had to make it convenient for them to feel good about being so lazy and mechanical in bed. They always had that attitude as well, where they seemed to believe that women really wanted this — and I’m sure some did.

I was, however, not one of those women. 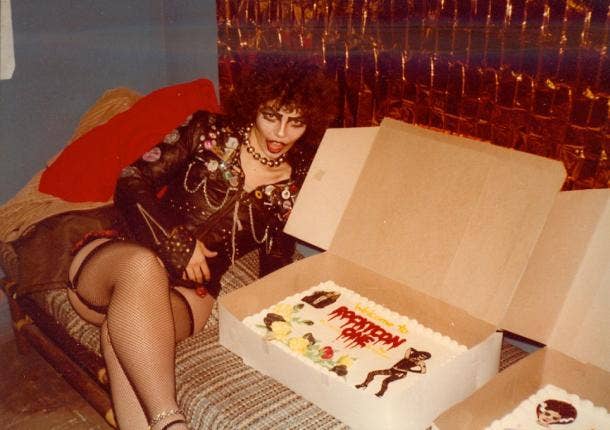 Men could never understand that: all women are not the same, and many of us — see lesbians — are singularly unimpressed with the genitals of men: big, small, curved, bent, hard, soft or otherwise. We just don’t care.

Yet, there I was, thinking I was straight, allowing myself to get plowed by men, all the while never experiencing the joy I was supposed to be having with them.

RELATED: My Parenting Style Changed Dramatically After I Came Out As Gay

So straight was I, that if there were a crowd of people, I’d automatically search for the women to be next to. And because I was so straight, I’d seek out the butchest women in the room because I was always very attracted to butch ladies. Gimme a military flat top and a flannel shirt and you’ll know the aesthetic of my female ideal.

So straight was I, that I was at the top of the Pride movement, dancing on floats during the parade, on Pride Day. And such a proper example of heterosexuality was I, that I was part of New York’s gay elite performers, hanging out with Holly Woodlawn, Andy Warhol, Joey Arias and Divine.

And when the finest musical directors in NY needed hot gay acts for their upcoming shows, they’d always call little ol’ straight me — and I always brought the house down. 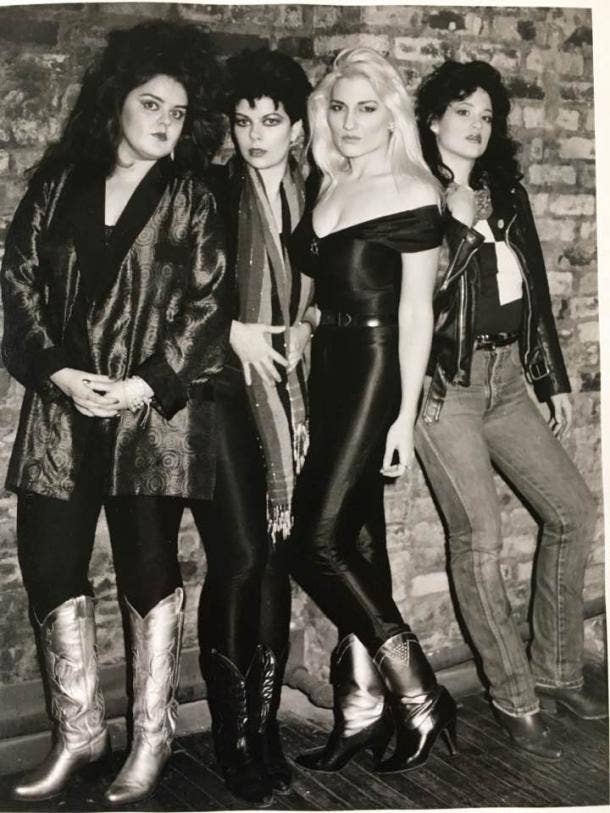 So straight was I, that I just happen to attract women only — which I really liked. A lot.

Straight women, gay women — they flocked to me, as if I was some kind of vagina whisperer. And they adored me because I had what men didn’t have: patience, imagination, and a personal take on what women really want.

Women want fantasy, play, the long game; not everything needs to end in an orgasm for women, and snuggling, hugging and kissing doesn’t automatically have to lead to hard core smashing. Women listen to their bodies, and their bodies are ruled by their minds — and oh, the minds of women are vast.

If men have four mental dots, then women have ten thousand. Women are expansive, unlimited mental giants who can find immense and total satisfaction in a smile, a wink or a knowing look. 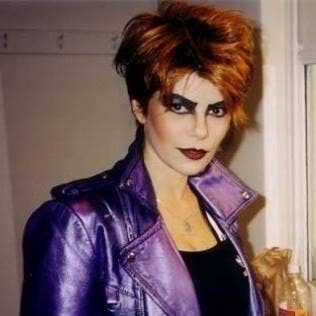 Men were always terrified of me; I was always the kind of woman a man wanted to conquer so that he could eventually put me in my place. Grunt, grunt, push, push.

And, like clockwork, when men couldn’t figure me out — or when I told them point blank that I was not interested in sex with them, they inevitably started their pity routine. How old did that get? So old. Men really have this idea that a woman is incomplete, sad and pitiful if she’s not begging for the D.

I loved the way men looked, however, and would have been happy to enjoy men for their beauty — sans the in and out. But no, no man wanted that. I spent years in sexless relationships with men, got married, got divorced and felt like any kind of interest in men was just … not for me. Yet, I still thought I was straight. 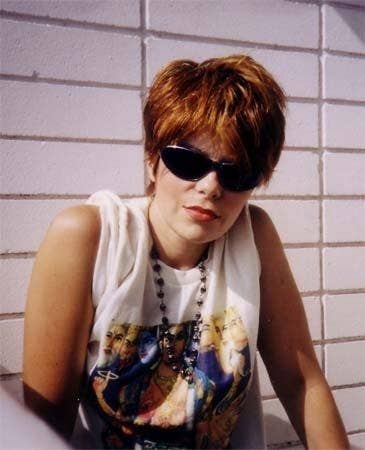 You’d think I might have caught on by then, being that at the height of my heterosexuality, I had fallen in love with two absolutely amazing women over a period of several years – women who delighted me sexually and emotionally. Shows you how you can get used to a mental prison without even knowing it.

And speaking of prison, I recently watched the Aussie women’s prison drama, Wentworth, and one of the characters, The Governor, played by Pamela Rabe, blew my world apart. Ooh, she was so tough, so masterful — a real stereotypical lesbian butch domme AND a prison warden to boot!

She made me realize how all my life, I’d fantasized about women and women only. She was my new fantasy, and it made me so happy to know that she was not just a gorgeous woman, but a gorgeous 60-year-old woman. An older woman, like myself!

This kind of perspective was eye-opening; as a woman, I could see an older woman as a person of great sensuality and beauty. I was free from the poison of the male gaze, finally, and it allowed me to see clearly.

And yes, I do realize I look just like Alex in Orange is the New Black. 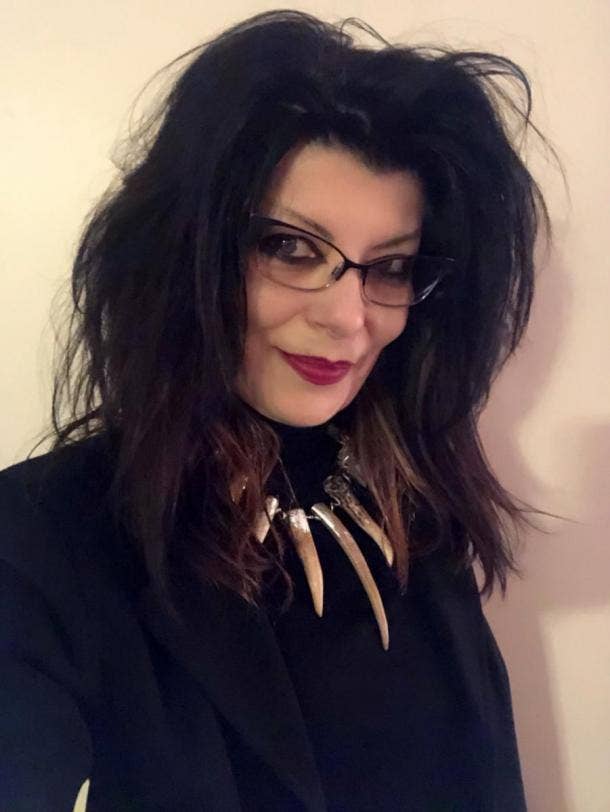 RELATED: How A One-Night Stand Made Me Confront My Bisexuality

I loosened my straight title and finally let it all go. It just happened. I came into myself. They say you’re born the way you are, and it appears that the ‘way I am’ came with a few pit stops along the way. But nothing feels as real as this, and nothing feels truer.

I am a lesbian, and I suppose I always have been.

Nowadays, I think of myself as an asexual romantic lesbian, and I have the throngs of gay rights warriors to thank for creating and deciphering these labels … because labels help. In the way that “heterosexual” was a label that I came to reject, “romantic lesbian” is a label I can wear proudly. 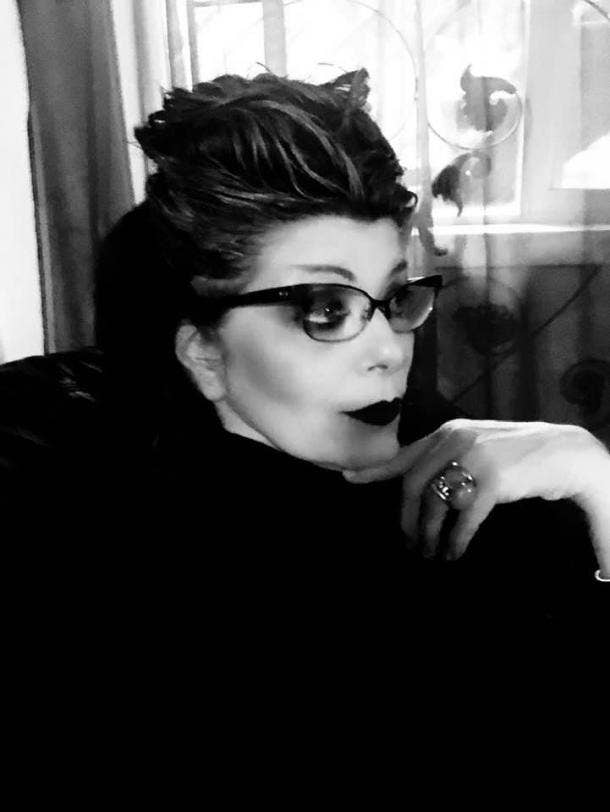 The term “romantic” refers to the romantic, loving and loyal feelings a person can have for another person, without the sexual union. It doesn’t mean “platonic.” I guess you could call me, “lesbian lite.”

And romance may mean naked, up close and personal, kissing and loving each other up in a bed — I can do that! I just don’t have the need for the sex bit, which is why I’m asexual. But see myself with a man? I’d rather die — which takes “bisexual” off the list of possibilities.

There is NO possibility of me choosing a man for a life partner. I am attracted only to women. 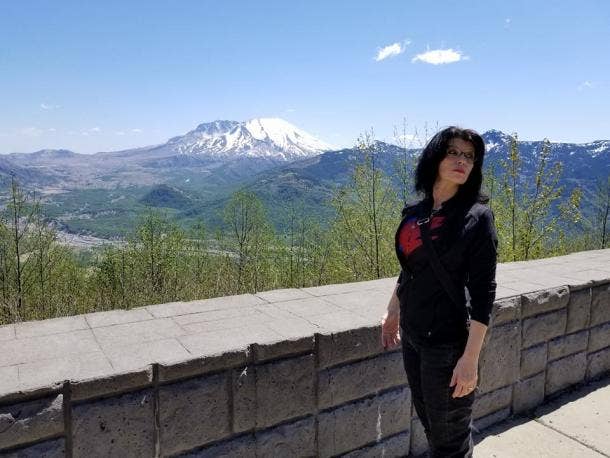 And so I, at this late turn in my life, have finally come to know who I really am, who I’ve always been. It took me a long time to get here, and I don’t really regret any part of the life I’ve lived, but if I had to do it all over again — I’d have owned up to my gayness right at the top, and might have possibly gotten to experience what may now be too late for me.

But really … is anything ever too late?

RELATED: Why I’ve Remained Silent About My Sexuality — Until Now

Dori Hartley is primarily a portrait artist. As an artisan, she is a silversmith, a sculptor, a doll maker, a muralist, a faux painter and a costume designer.

State of art of infertility treatment

Is there REALLY such a thing as a sexual peak?

Which cannabis can boost arousal?

What does a Biden-Harris Whitehouse mean for women and girls?