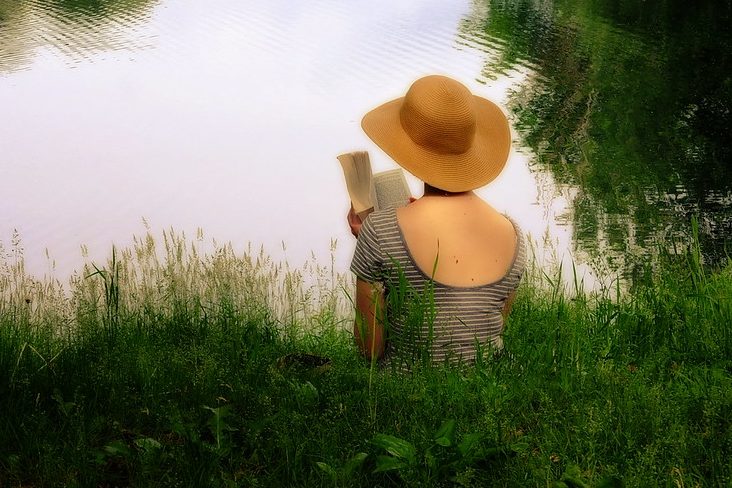 When the beautiful hardback copy of Three Women arrived, I was more than a little excited, and not just because of the psychological rush of receiving something in the post.  I had been wanting to read it for months, after hearing and reading so much about its brilliance, but had never got round to it.  Upon its release in 2019, Three Women attracted much critical acclaim, both for Lisa Taddeo’s style of writing, and for the quasi-revolutionary subject matter of the spectrum of female sexual desire.  Now, almost a year later, I was arriving somewhat late to the party, but nonetheless an eager guest.

Taddeo’s work of non-fiction follows the lives of Lina, Sloane, and Maggie, predominantly focusing on their relationships with men, sex, and their wants and needs.  Whilst the names of the women are changed (with the exception of Maggie Wilken), their stories are written as they were lived.  The result is an account so gripping that it reads like a work of fiction, which reminds the reader that these elements of female desire and sexuality are non-fiction, real, and relevant to the modern woman, and indeed, man.

These elements of female desire and sexuality are non-fiction, real, and relevant to the modern woman, and indeed, man

In many forms of literature, and indeed popular culture, the narrative surrounding women’s relationships with sex is often dichotomised: the pure and chaste (‘Madonna’), and the promiscuous and oversexed (‘whore’).  This neat, Freudian way of compartmentalising female sexuality has served patriarchal aspects of society well, without truly reflecting the nature of the vast majority of women. Taddeo endeavours to do just that.

Lina, for example, is married and ostensibly happy. However, she lacks physical intimacy with her husband, despite her addressing this as an issue.  This engenders feelings of rejection, of isolation, making the reader empathise with her, and understand why she then conducts an affair with her married ex-boyfriend. Taddeo’s writing makes room for blurred lines, for moral ambiguity, for nuanced thinking about a woman’s autonomy.

The impact of literature on the women’s perception and understanding of their relationships is evident in Three Women. Maggie frequently refers to her favourite novel, Twilight, explaining her alleged illicit relationship with Aaron Knodel by comparing it to that of Bella and Edward. Crucially, Sloane expresses that rather than feeling thrilled by the novelty of reading the Fifty Shades trilogy, she felt ‘sane’ as ‘they normalised her lifestyle’. Taddeo’s inclusion of such details demonstrates her self-awareness as a writer, her consciousness of the effects that her own account can have on normalising the conversation surrounding different aspects of sexuality.  Could it be argued that Stephanie Meyer and E.L. James gave a similar validation to Taddeo herself, spurring her to write this book and further paving the way for these discussions to be had more freely and without shame, or is that too ‘meta’?  Perhaps more simply, did Twilight and Fifty Shades walk so that Three Women could run?  Looking at the range of desire and sexuality explored, and Taddeo’s recognition of the effects of writing these stories into popular existence, I would say almost definitely.

It would be naïve and possibly ignorant to describe this book, and the women whose lives it presents, as lewd, promiscuous or wanton.  To reduce it to such terms would be a disservice both to Taddeo’s forensic writing, and the complexities of sexual expression.  Three Women is not a glorification, but a brilliant, fascinating, factual portrayal of sexual relationships, desires, and attitudes that have been marginalised and deemed outside of the norm both in literature and society.  Not only this, but it is a fantastic read, and, for many, whilst we are still loosely gripped by the restrictions of lockdown, there really is no better time to invest in a copy.