My first time was very painful 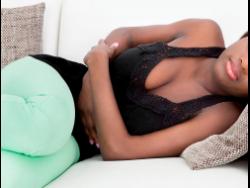 I am a 17-year-old girl but I liked a guy from the time I was 15. He kept telling me that I was too young for us to be in a relationship. He has dreadlocks and is of light complexion.

He is my neighbour. Sometimes my older sister and I would wash his hair and dry it. He comes to our yard and he likes fish, so we would cook and eat. My mother likes him. He is a decent guy. My older sister likes him, but he told me long ago that I am the one he likes. He said that I am young but he would wait for me.

One day I asked my sister if she liked him and she said yes, but she knew that I am the one he likes, so she would back off. Here comes my trouble now. One day, he and I were at home together and he wrapped his locks around my neck and pulled me to come close to him. I asked him whether he was going to kill me and he said, ‘No baby there is no need for that’.

We started to play with each other and we went to the back of our house and he started to try and have sex with me. It was very painful. He asked me if I had any hair oil, so I went for some. Then we realised that we did not have any protection so we stopped. By the time he got some and came back, my sister had come home so nothing happened. I told him the next time he should make sure he had the condom.

Three days after, we decided to try again. This man’s body only looks small but he is very large. He forced the condom on and then put on hair oil.

He was very rough because he wanted to get his penis into my vagina. I started to cry but it did not make any sense. He said that is the reason why he wanted me to grow up.

My sister suspected that something was not right because she saw that I was not walking properly. I miss this guy so much. He went to live abroad and he has not yet come back. He is 25.

Let it be known to you and all those persons who feel that one can use oil as a lubricant for sexual intercourse that what they are exposing themselves to is infections. No type of lubricant should be used when a couple is engaging in sexual intercourse unless it is of a water base. Perhaps when you were preparing to have sex for the first time you suffered what is called temporary vaginismus; this was a temporary involuntary tightening of your vaginal muscles, and that can happen when a woman is very nervous.

It is not something that will last for a long time. But inexperienced women feel that it is because their vaginas are too small. They feel that men should use something to make it easier for the vagina to receive the penis. This man and you went wrong by using oil. But I repeat, whenever people do such a thing, they are exposing themselves to infections. The vagina is made to expand. That’s why beautiful babies can come out of the vagina. And let’s face it, a penis, regardless of how large it is, can easily go in and out.

I am not going to comment whether or not this guy might be true to you. I do know that at 17 you are old enough to decide whether or not you want to have sex. Seems to me the guy resisted you for a good while because he believed that you were too young. He could have gone with your sister, and he would have ended up having sex with two sisters, but he did not. So one can say that he has fairly good morals.

I beg of you to be careful. Education is what you need now more than ever. Concentrate on that. Let me say one final word about using oil-based lubricant: Some girls put the hair oil in the vagina, some guys will put it on the condom. I warn you again, desist from doing so because most condoms are made out of latex and the oil may break it down and deteriorate it.