Sexual Arousal Is Not a Reliable Sign of Sexual Desire 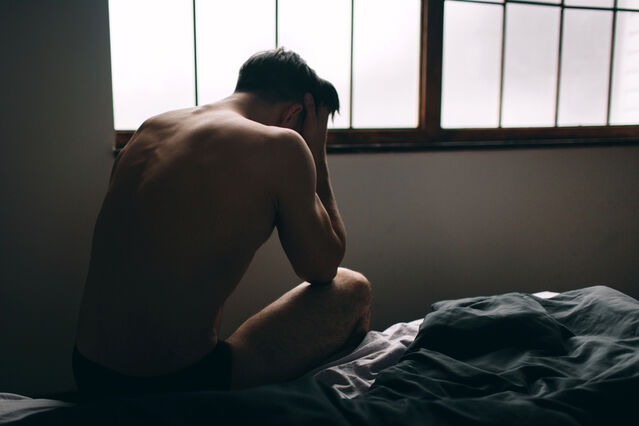 Spread the love
Good sex is sex that is desired. It may thus seem intuitive that sexual arousal and orgasm will be facilitated by high mutual desire and thwarted by fear, confusion, and coercion. Yet things are not that simple.

In human sexual arousal, psychological and physiological processes interact in complicated ways. When both work in concert—our bodies are aroused and our hearts desirous—we can have a fulfilling sexual experience. But our bodies do not always abide by the pleadings of the heart. Sometimes the spirit is willing but the flesh is weak. Men with erectile dysfunction and women with vaginismus, for example, may desperately desire sex with their lovers, yet their physiologies refuse to cooperate.

Other times the opposite may occur. Our bodies may become aroused despite our mental admonitions to cease and desist. To wit: dealing with unruly erections at inopportune times is a right of passage for adolescent boys. Arousal may also appear sans intent altogether. For example, genital arousal happens routinely during REM sleep in both men and women. Sleep orgasms are known to happen in both sexes as well. Moreover, in both men and women, fear arousal has been shown to sometimes generate physiological genital responses.

The mind-body choreography of our sexual response is delicate, complex, and often bewildering. One controversial and understudied example of this is the finding that both men and women at times report experiencing arousal and even orgasm during unwanted, coerced, or otherwise non-consensual sexual encounters.

An early (2004) review of the evidence on this phenomenon estimated the prevalence of arousal during assault at around 4-5 percent. The authors concluded: “The review has examined whether unsolicited or non-consensual sexual stimulation of either males or females can create unwanted sexual arousal even to the induction of an orgasm… the conclusion… is that such scenarios can occur and that the induction of arousal and even orgasm does not permit the conclusion that the subjects consented to the stimulation.”

That review, however, relied heavily on anecdotal and clinical reports in the absence of sufficient literature on the topic. The authors estimated that the issue is vastly underreported due to assault victims’ fears of being criticized or disbelieved and their own sense of shame at the occurrence.

Indeed, a recent (2020) dissertation by Kayla Bunderson of Alliant International University surveyed 166 female sexual assault survivors. Of those, 51 reported arousal symptoms during the assault. Those who were sexually aroused “told significantly fewer people about their sexual assault compared to those who did not endorse sexual arousal.”

Attempting to explain the phenomenon of sexual arousal during a sexual assault, John Bancroft of Indiana University and colleagues have proposed that our sexual responsiveness operates under a Dual Control Model, by which “sexual arousal and associated behaviors depend on the balance between sexual excitation and inhibition. In this model, “the weighing of excitatory and inhibitory processes determines whether or not a sexual response occurs within an individual in a given situation, and at the same time it assumes individual variability in the propensity for these processes.”

The model further assumes the possibility of ‘‘excitation transfer’’ by which arousal to a non-sexual stimulus may be transferred into sexual excitation. Such transfer may be accompanied by arousal misattribution, whereby people misjudge the cause of their arousal. The psychologists Art Aron and Donald Dutton demonstrated this process in a famous 1970s study, in which an attractive female interviewer, standing in the middle of either a fear-arousing suspension bridge or a non-fear-arousing bridge, asked male passersby to provide backstories for pictures from the Thematic Apperception Test (TAT).

Participants from the fear-inducing bridge attempted to make later contact with the interviewer much more often, and their stories contained significantly more sexual content. (These differences disappeared when the interviewer was male). The authors interpreted these findings to mean that the participants misattributed their fear arousal caused by the rickety bridge to their encounter with the attractive woman interviewer.

In sum, the link between physiological arousal and conscious psychological experience is not straightforward. In fact, these two systems—while connected—appear to operate with a degree of mutual independence. This, research shows, is particularly true for women, in two main ways.

First, research has shown that women more often experience physiological arousal that is non-concordant with their subjective experience of desire. In other words, women’s bodies are often sexually aroused even when they don’t feel desirous or excited for sex.

Second, as Meredith Chivers of Northwestern University notes: “Sexual arousal is category-specific in men; heterosexual men are more aroused by female than by male sexual stimuli, whereas homosexual men show the opposite pattern… In contrast to men, women showed little category specificity on either the genital or the subjective measure.”

For example, Kelly Suschinsky and Martin Lalumière of the University of Lethbridge (2011) had male and female participants listen to short audiotaped narratives depicting male-female interactions that differed systematically in terms of the presence of consent, violence, and sexual activity. “Men showed the greatest genital arousal in response to narratives depicting consensual, nonviolent sex, whereas women showed similar responses to all the narratives involving sexual activities, including those describing a sexual assault.”

This nonspecific arousal response is largely independent of sexual orientation or subjective desire and may have developed as an evolutionary protective mechanism to avoid vaginal injury in case of forced sex.

These data put the lie to the argument that a woman’s arousal denotes desire. As Meredith Chivers and Lori Brotto note: “If genital response is an objective indicator of women’s ‘true’ sexual desires, then we are left with the disturbing and false conclusion that women are sexually aroused by depictions of sexual assault, even in the notable absence of self-reported feelings of sexual arousal.“

Moreover, as Canadian evolutionary psychologist Kelly Suschinsky notes, assuming that the physiological response reflects the person’s subjective desires more than the person’s subjective self-reported feelings is highly problematic. The fact that women show arousal to copulating monkeys cannot override their insistence that they don’t want to have sex with monkeys. The fact that heterosexual women physically respond to sexual images of both women and men does not mean they are bisexual. The fact they become physically aroused to depictions of rape does not mean they desire to be assaulted.

Sexual arousal is not a reliable sign of sexual desire, and neither, it turns out, is a failure to resist or escape a sexual situation. Research has shown that, like other animals, humans may produce a “freeze” response known as tonic immobility under extreme threat. For example, of the 298 female survivors of sexual assaults surveyed by Swedish researcher Anna Möller (2017) and colleagues, 70 percent reported significant tonic immobility and 48 percent reported extreme tonic immobility during the assault. Such immobility, of course, cannot be construed as consent.

Moreover, sexual assault need not involve physical violence or even fear arousal. Some people are assaulted while intoxicated or drugged; some victims are mentally handicapped or children—unable to comprehend fully what is happening or place the event within the framework of “consent,” or even “sex” for that matter. These sexual encounters include the possibility of physiological arousal and non-resistant behavior, but none can be said to involve true consent, willingness, or a desire for sex.

In conclusion, physiological sexual arousal does not necessarily signal desire or consent for sex, and should not override a person’s subjective experience in determining the course and meaning of a sexual encounter.